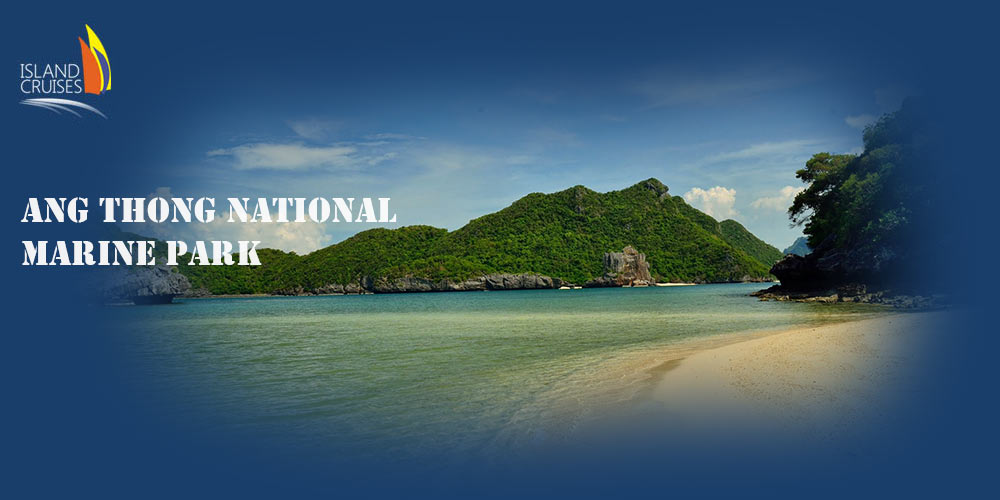 The complexity of the ecosystem in Ang Thong has provided the region to be given National Marine Park status in 1980. This has raised its profile as a popular if not somewhat fascinating tourist and diving destination even so the main aim is with Thailand’s desperate attempts to preserve and maintain its current level of bio diversity.
In general the wildlife found at the Angthong National Marine Park consists of smaller animals of which researchers have discovered 16 species of mammals, more than 50 species of birds, 14 species of reptiles and 5 species of amphibians. An interesting one to look out for is the Dusky Langur which comes down to the parks head quarters,  allowing visitors to observe closely.

The larger Islands of the Angthong National Marine Park, house a rich array of wildlife including Lizards, pythons, long tailed monkeys (langur), sea eagles, kingfishers, egrets, otters and turtles. In the shallow waters around the Islands an equally impressive level of marine diversity exists as the hard and soft corals are home to sharks, dolphins, angelfish, stingrays, butterfly fish, squid, mackerel and anchovy.

The Sea around Mu Ko Angthong is about 10 meter in depth. Since the archipelago is located near the mainland, it receives sediment contamination from the Tapee River. Sunlight can not thoroughly penetrate the waters, which is a limiting factor in the control of photosynthetic life such as corals and other underwater plants. However, many other marine creatures are adapted to this environment and they still live, forage, shelter and breed here.

The park is home to 4 types of forest still existing as full functioning eco systems; Evergreen, mangrove, beach and limestone.

Evergreen forest and Beach forest covers the large islands of Ko Wua Talap, Ko Pahluay and Ko Samsao. An important plant in the park, Ang Thong Lady’s Slipper Orchid (Paphiopedilum Ang Thong) is an endemic species found only in Mo Ko Angthong. This species is nearly extinct in the wild due to illegal poaching. Beach Forest is sparse forest growing along the beaches and foothills near the shore. There is little of this type left.

Over millions of years rain has seeped through the island of Koh Mae Koh, creating enormous lime stone caverns, the roof of which, over time has collapsed, to form what is now known as the emerald lagoon of Ang Thong. The Emerald Lagoon is surrounded by step cliffs and from the sea is seen as walls of rock rising from the ocean. Flora is found in limestone crevices with little or no soil and are often small , drought tolerant and slow growing species such as Dracaena loureira, Malayan Spurge Tree Euphobia antiquarum, and Morinda tinctoria.

The Mangrove forest is limited in Ang Thong National Marine Park. Some can be seen on the muddy beach in the inner lake and some in the bays to the east of Ko Pahluay. All the Mangrove forest in the region has undergone plantation regeneration projects from the National Park Thailand Authority.

The geological composition in the region along with millions of years of rain and erosion has led to the stunning if not fascinating creation of underground caves, mountain top lakes, limestone rock formations and natural stone bridges leading to the sea.
The Angthong National Marine Park, is closed for tourism during the monsoon season, from November to January, as the weather and high waves make the marine Park unsafe for visitors. However, on our highly customized sailing cruises to the Ang Thong National Park we visit the park as well during the times the park is officially closed when the weather permits.